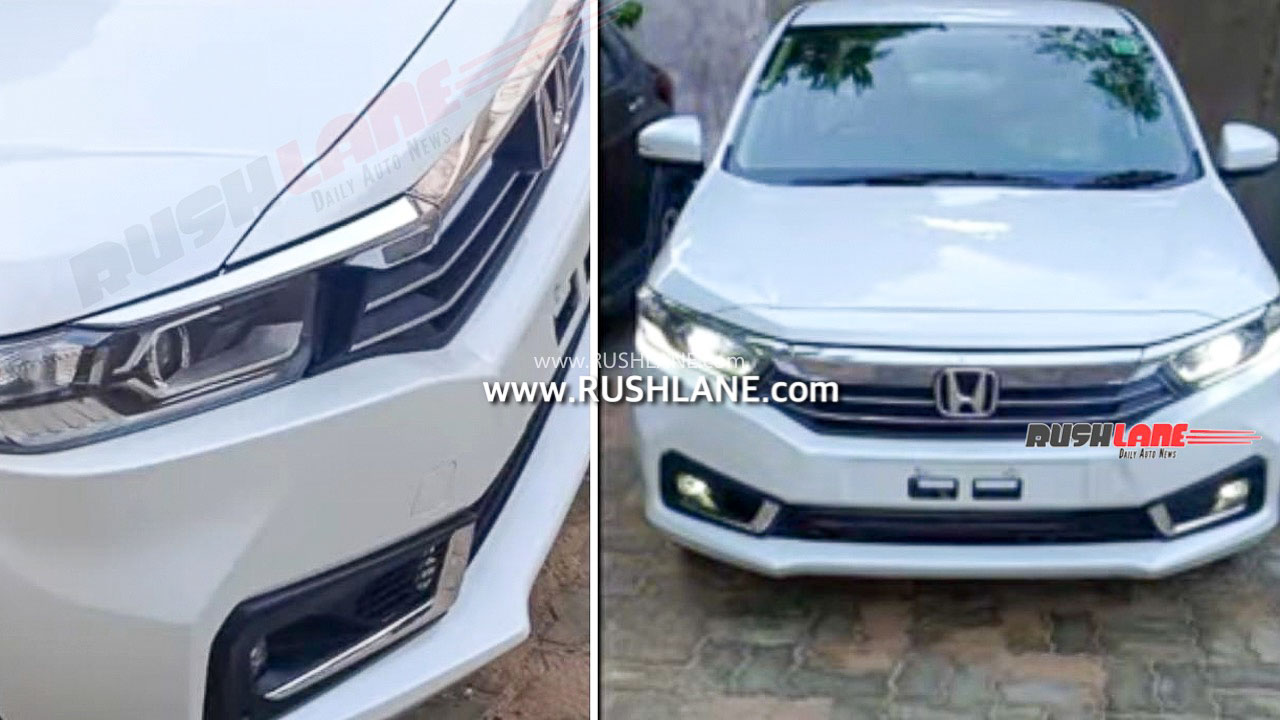 Honda India dealerships have started bookings for the 2021 Amaze facelift at a token amount of Rs 21,000. Online booking is also open through Honda from Home – for Rs.5,000. The all-new sub-compact sedan is set for launch on August 18 and will come with a host of feature updates, revised styling and new paint options.

The new gen Honda Amaze has been on sale in India since 2018. Its sales have been declining in recent months from 3,920 units in April 2021 to 478 units in May 2021, but then increased to 1,487 units in June 2021. To keep up with the times, Honda has updated the Amaze with new features to stay competitive in the segment. Honda Amaze is exclusively manufactured in India and exported to the global markets.

The 2021 Honda Amaze is slated to come with revamped LED headlamps, restyled bumpers, new alloy wheels, while fresh exterior paint options. Its exterior will see extensive use of chrome to enhance its premium appeal. Spy shots have been leaked ahead of the debut. Images credit to automotive enthusiast Kaustubh Nagvekar.

The cabin will also receive some changes with revised upholstery, a new dashboard layout, touchscreen infotainment system with wireless Apple CarPlay and Android Auto support and a sunroof. Honda may also introduce Alexa voice support for the new Amaze as seen in its new City sedan.

Speaking about the opening of the bookings, Mr. Rajesh Goel, Senior Vice President and Director, Marketing & Sales, Honda Cars India Limited said, “Since its launch in 2013, Honda Amaze has garnered the hearts of over 4.5 lakh Indian customers. have won. It is one of the most loved family sedans in India.

We are extremely excited to add another chapter to the model’s success story with the launch of the new Amaze later this month. The new Amaze becomes even more premium, stylish and sophisticated. We are coming up with a completely refreshed line-up in the upcoming festive season and look forward to creating new excitement in the market.”

The Honda Amaze in its current avatar is priced between Rs 6.3-11 lakh approximately. The 2021 Amaze facelift is expected to see an upward revision in its price, along with several feature updates and additional cabin comforts. Like its earlier counterpart, the facelift version should continue to rival the likes of Maruti Suzuki DZire, Hyundai Aura, Tata Tigor and Ford Aspire in the Indian markets.

Honda Cars India has extensive plans for new launches in India. Its current portfolio includes Jazz, WR-V, Amaze and City. It will soon see a hybrid version of the City launched in India, while the production version of the N7X concept, a 3 row SUV, is also recently planned to be launched with the automaker trademarked the name ‘Elevate’. The Honda Elevate 7seater SUV competes with the Hyundai Alcazar.