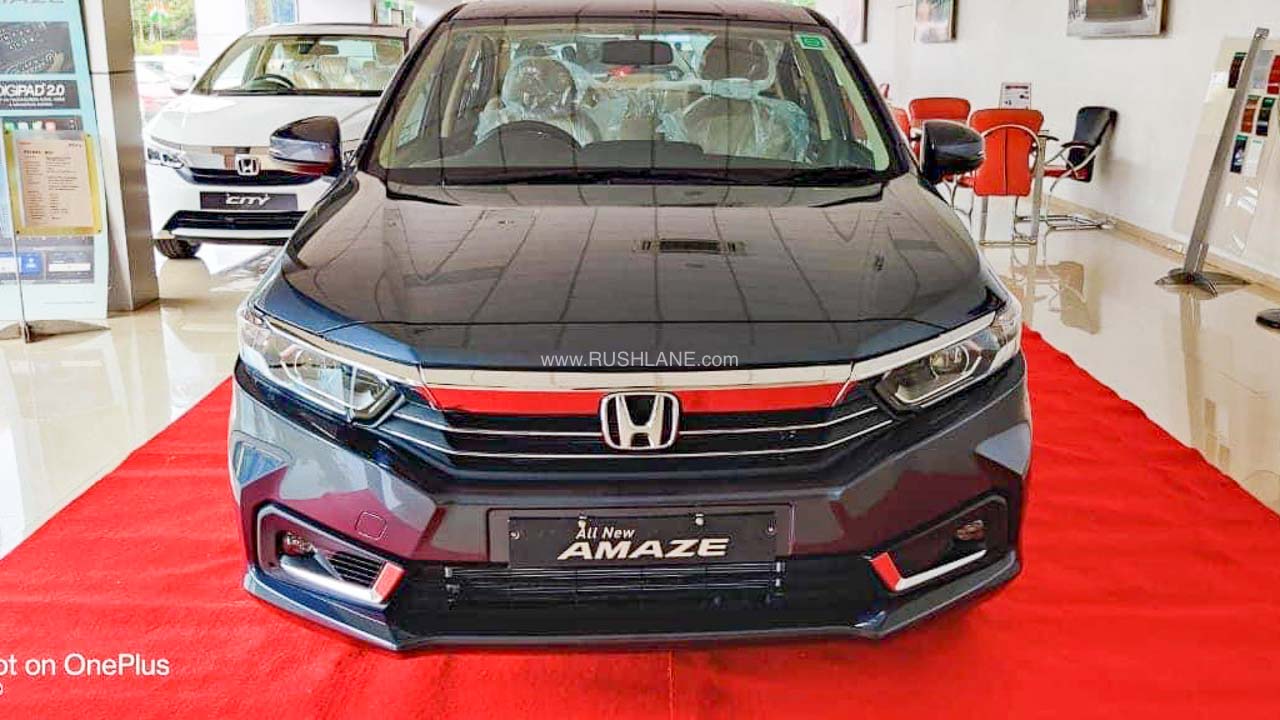 The 2021 Honda Amaze has been launched with the tagline of ‘.live with pride‘, which roughly translates to ‘We Live With Pride’. This also means that Honda wants to position the Amaze as a premium product in the segment it competes in.

As the 2021 model is a facelift, most of the changes in the model are cosmetic. Updates include a new front grille, updated design of alloy wheels, redesigned tail-lamps, new projector headlamps, silver accents on the inside, etc.

Mechanically, almost no changes have been made to the car. Under the hood, there are two engine options that are on offer. These include 98 bhp 1.5 liter iDTEC diesel motor and 89 bhp 1.2 liter iVTEC petrol engine. Transmission options include both manual and automatic in the form of a 6-speed MT and CVT gearbox.

The top of the VX trim gets features like LED DRLs, touchscreen infotainment with Apple CarPlay and Android Auto, projector headlamps, climate control, height adjustment functionality for the driver’s seat and much more. Safety features include ABS with EBD, ISOFIX child seat mounts and dual front airbags as standard across the range.

Like before, Amaze will compete with Maruti Suzuki Dzire, Hyundai Aura, Ford Aspire and Tata Tigor. The segment has witnessed relatively slowdown with growth in demand for compact SUVs under 4 meters and less growth in purchases (Ola/Uber vehicles) of the shared mobility segment.

Honda currently sells the City (both, fourth and fifth generation models), WR-V, Jazz and Amaze. In future, Honda will look to enter the SUV segment, which has seen a lot of action from several OEMs over the years.

A likely candidate for the Indian market from Honda’s global line-up would be the Honda HR-V, which could pose a direct challenge to the likes of Kia Seltos, Hyundai Creta and Skoda Kushak. Due to the overall slowdown in demand, Honda had earlier consolidated its Indian manufacturing hubs, resulting in the discontinuation of relatively few selling models such as the CR-V and Civic.