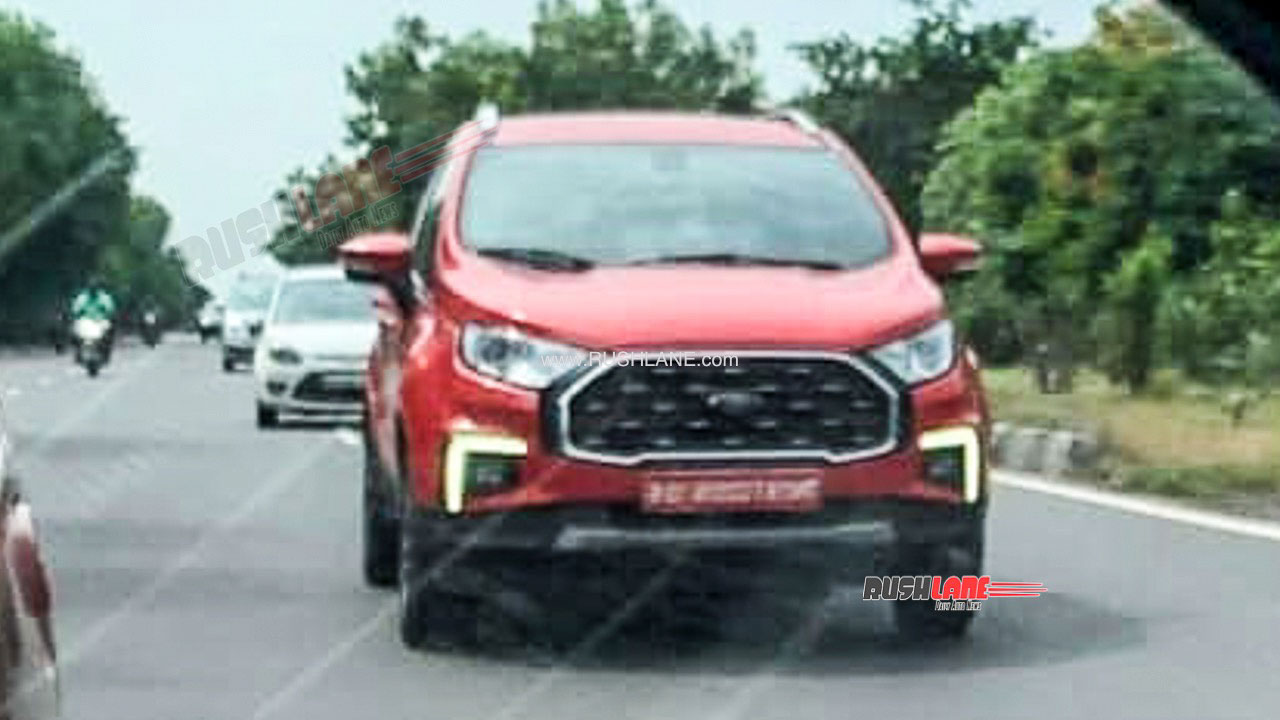 Though the manufacturer hasn’t revealed much about the upcoming SUV, spy shots do draw attention to a new design

The new Ford EcoSport has been spied testing in the last few months. Now, for the first time, the clear test mule has been spied in red, thanks to automotive enthusiast Karan Vazirani. Spy shots have revealed a few feature updates while the engine specs may remain the same as was seen on its current counterpart.

Ford EcoSport is available for sale since last 8 years. It received several updates in the interim period, while it continued to be the top seller in the company’s sales charts and ranked high on the list in terms of exports.

Several newcomers to the segment (Brezza, Venue, Nexon, Sonnet, Magnite, Keegar, XUV300) have drawn some attention from the EcoSport, making it crucial for a complete revamp to bring it back to its rightful position once again. be allowed to retrieve. . The launch of the updated EcoSport comes at a time when there are reports that Ford will be shutting down its manufacturing plants by the end of this year.

The latest spy shots of the EcoSport facelift draw attention to a few exterior features. It will sport a completely redesigned front fascia along with a new radiator grille with black curvy inserts. In the middle, there will be blue oval badging in dark chrome.

The projector headlamps look similar to those seen on its current model while the new round fog lamps in the black finish housing could be a part of the onboard changes. A wider central air-dam and new skid plate with inverted L-shaped LED DRLs and LED turn signals are also provided. New alloy wheels are also a part of its makeover.

Interior details have not been revealed in the render but it could include minimal changes as it is just a facelift. However, it could get a larger touchscreen infotainment system with SYNC3 interface and new upholstery.

The facelifted Ford EcoSport could possibly be launched around the Diwali season this year, though there has been no formal announcement from the automaker. Select Ford dealers currently do not have the EcoSport in stock and have stopped taking bookings.

Share
Facebook
Twitter
WhatsApp
Previous articleArjun Kapoor is a fan of Saif Ali Khan, will be seen together in the upcoming film ‘Bhoot Police’
Next articleGood news for the fans of Shahrukh Khan, the news of Suhana’s debut has come
RELATED ARTICLES
Automobile